Soluble Apps announced ShotList 4.0, a major update to their professional-quality filmmaking scheduling tool for iOS devices. ShotList brings a Production Stripboard system to mobile devices for the first time, allowing the planning and tracking of every scene of a shoot as it happens. The app can be used as a daily To Do list on larger productions. This new version adds printing, full colour schedule updates, xls export, and enhanced detail per shot.

Newcastle upon Tyne, United Kingdom – ShotList, the unique app which allows filmmakers of all levels to schedule and track movie and video shoots from their mobile devices, gets a major new update to add the features users have been clamoring for.

Production stripboard systems have been used for many years to plan professional movie shoots, and ShotList is the first app to bring a standalone Stripboard system to Apple’s App Store. Shotlist 4.0 can be used as a daily “To do” list on larger productions, keeping essential notes and storyboards in your pocket and tracking progress on the day of the shoot by checking off scenes and shots as they are completed.

ShotList enables you to:

And version 4.0 of ShotList adds:

Peter Johnson, CEO for Soluble Apps said “This update adds all the most popular features our users have been requesting, maintaining ShotList’s status as the definitive app for planning and tracking your shoot.”

ShotList was developed with the assistance of Northern Film and Media.

Pricing and Availability:
ShotList 4.0 is $11.99 USD (or equivalent amount in other currencies) and available worldwide exclusively through the App Store in the Photo & Video category.

Soluble Applications is a development studio targeting mobile devices. The studio was founded in Newcastle Upon Tyne in 2010 by Peter Johnson, a seasoned veteran with over 25 years’ experience in the videogames industry as programmer, producer and studio head working on console titles for world-leading games publishers including 2K Games, Atari and Ubisoft. Copyright (C) 2012 Soluble Applications. All Rights Reserved. Apple, the Apple logo, iPhone, iPod and iPad are registered trademarks of Apple Inc. in the U.S. and/or other countries. All other trademarks and trade names are the property of their respective owners. 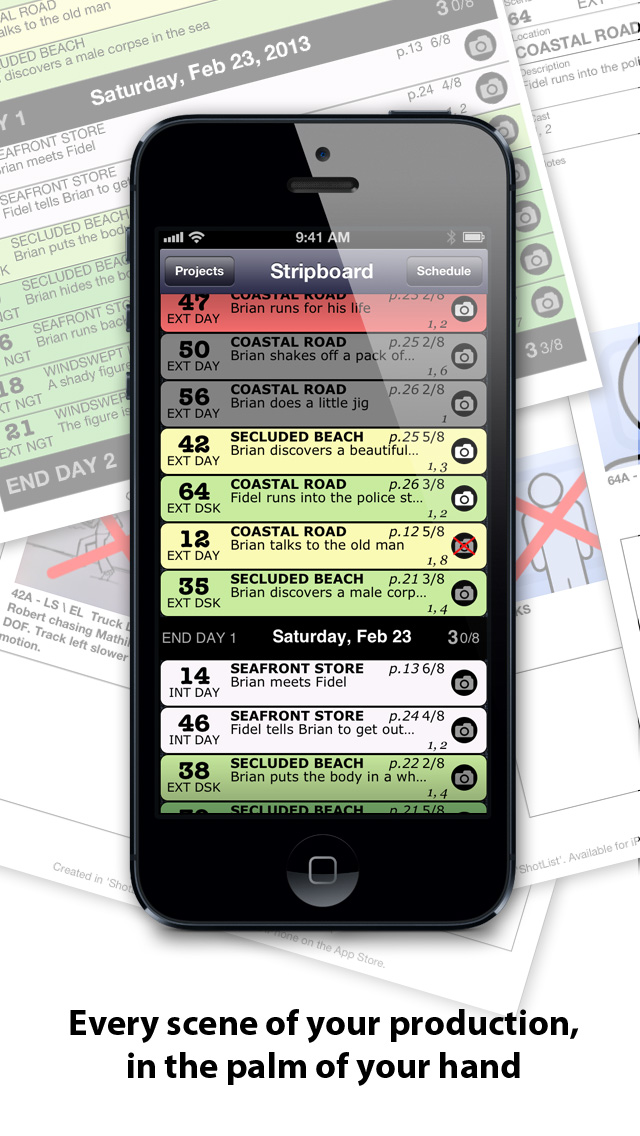